Ukraine Independence Day is celebrated annually on August 24 to commemorate the day when the Parliament declared the country fully independent of the Soviet Union in 1991. The people and government of Ukraine mark the day by honoring the men and women who fought and sacrificed their lives for freedom. This day is celebrated with parades, cultural concerts, free public markets and fairs, carnivals and circus performances, sports events, outdoor exhibitions, and fireworks. The local folks proudly don their native costumes. 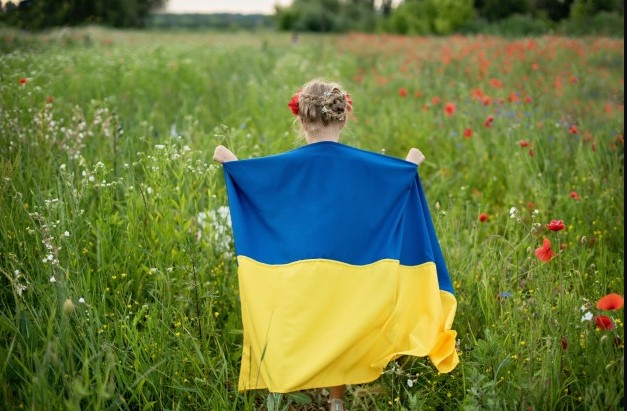 Ukraine Independence Day 2019: 28th reasons to be proud of Ukrainian:

On the occasion of Ukraine’s 28th anniversary of gaining independence, we gathered 28 motivating reasons to love our country.

1. Ukraine is a democratic country

Democracy predominates in Ukraine. At best, half of the former Soviet republics can boast of it. We have neither “long-ruling” “Turkmenbashi” nor “eternal” Putin. We go to the polls, the result of which is completely unexpected. Which, in fact, has been proven this year.

There are social elevators, although they work in a somewhat unusual way. A man, who a year ago could not think of being a president of Ukraine, has got such a success. This event has its negative sides, because Volodymyr Zelensky came to power in the wake of populism, although he will still have time to show himself. The main thing is that the power in Ukraine, unlike neighboring Russia and other post-Soviet states, has not become synonymous with the royal title and is not inherited.

3.  Verkhovna Rada is a safety-catch from authoritarianism

We have a parliament whose composition is capable of radical renewal.

4. Communism is now a thing of the past

We have not yet overcome the consequences of the communist past, but we will assume that we have coped with external manifestations. At least, there is no nostalgia for Stalin or Brezhnev.

5. Ukrainian has more rights and freedoms than duties

Ukraine has a pretty good Constitution. By the way, it mentions much more rights and freedoms of a citizen than his or her duties. Another thing is that an imperfect system of power prevents the Basic Law from being respected and implemented. It is appropriate to recall that at one time Ukraine could have received a much worse version of the Constitution. The situation was saved by the famous “constitutional night,” because in the fall of 1996 Leonid Kuchma planned a referendum at which his wording of the Basic Law was to be approved.

6. Ukrainians are determined and self-devoted

7. Ukraine takes care of its heroes

That is why the citizens of our country breathed new meaning into the concept of volunteering, which began on our Maidan (since 2001, when the Kuchmahate action swept through the country) and continued at the front.

8. Ukraine’s army is among the top strongest in Europe

Actually, the Ukrainian army, which consists of both professional military and volunteers, and which is actively supported by our volunteers, is a separate subject for pride. Our fighters confront the strongest European army in the east. But, by the way, in 2018, our Armed Forces were among the European top ten. Only Russia, France, UK, Turkey, Germany, Italy, Spain, Poland, and Greece are ahead of us.

Ukraine managed to secure global support In its confrontation with Russia. And the “Ukrainian issue” has long become one of the main issues on the European and world agenda. Not without a reason, even current US presidential candidate Joe Biden is introducing points related to Ukraine into his election program.

10. Ukraine has chosen the pro-EU and pro-NATO way

Ukraine has made an application for membership in the European Union by signing the Association Agreement with the EU. Our country is also moving towards NATO membership. The importance of these two world institutions is difficult to overestimate.

11. Ukraine has a visa-free regime with the EU

Ukrainians received a visa-free regime with the EU, more than two million citizens traveled, using it, over the past two years.

12. Obtaining a Ukrainian passport is easier than obtaining citizenship of another state

To obtain citizenship of Ukraine, our compatriots just need to be born in the country. Now, this opportunity is not appreciated, because it is taken for granted. For example, in Estonia, according to the Citizenship Act of 1993, a person needs to work hard to get an official status: in particular, pass an exam in the state language. President Zelensky even simplified the procedure for obtaining Ukrainian citizenship for Russians.

Speaking of language. Ukrainian is one of the most melodic languages ​​in the world. In the Ukrainian language system, vowels make up 15.8%, and consonants – 84.2%.

14. Ukraine is developing and implementing a policy of gender equality

15. Ukrainian women have right for abortions

In Ukraine, abortions are not prohibited. However, from time to time there are some attempts to limit the artificial termination of pregnancy. However, the triad of exceptions (threatening the life of the mother, severe malformations of the fetus, rape) remains unchanged.

16. There is no death penalty in Ukraine

In Ukraine, unlike, for example, the United States, the death penalty is prohibited. Its opponents justifiably point out that this type of punishment might take the life of an innocent person. Statistics show that in the United States, every 25th death sentence is handed down to a victim of a miscarriage of justice.

17. Ukraine expands the rights and freedoms for the citizens

In recent years, Ukraine has been actively discussing the possibility of expanding civil rights and freedoms. The range of such discussion is quite wide – from protecting the rights of LGBT people (legalizing same-sex marriage) to legalization and free sale of weapons.

18. Ukraine is a secular state

The church in Ukraine is officially separated from the state and does not have a dominant influence on events, although it plays an important public role.

19. Ukrainian temples are the most stunning in the world

At the same time, Ukraine can be proud of the most beautiful temples in the world. For example, only six monasteries in the world have the status of Lavra, and three of them are in Ukraine. Ukraine has more than 125,000 historical and archaeological monuments, many museums that store more than 10 million exhibits, 14,000 architectural monuments, 46 historical-cultural reserves.

The territory of Ukraine is the second-largest in Europe (after Russia). The country is located on strategic trade routes and has access to the sea. Not every state can boast of such a successful location.

21. Ukraine is a world granary

Ukraine has been and remains a world granary. According to the State Statistics Service, Ukraine is actively exporting grain crops, seeds, and fruits of oil plants, fats, and oils of vegetable or animal origin, ores, ash, mineral fuels, ferrous metals, and wood.

22. Ukraine has a rich history

Ukraine has a rich, vibrant history, which could be a good film plot. Everyone knows about Anna Yaroslavna, the Queen of France, about the Zaporizhzhya Sich and Ukrainian Cossacks. By the way, a few years ago a monument to the Ukrainian Cossacks, who in 1683 liberated Vienna from the Ottoman forces, was unveiled in the Austrian capital.

23. Many Ukrainians are the steely-eyed men of science

In addition to warriors, Ukraine is famous for its outstanding people, who have become famous in various fields of science. Ukrainian Igor Sikorsky is the creator of the helicopter, Ivan Puluy designed a tube, which later became the prototype of modern x-ray machines 14 years before German Wilhelm Roentgen. Serhiy Korolev, a native of Zhytomyr, is considered the designer of Soviet rocket and space technology and the founder of astronautics, and Mykola Amosov is the legend of the world medicine.

24. The power of sport that we believe in

Ukrainians have every reason to be proud of their athletes. And these are not only the champions and Olympians of the past decades – the Klitschko brothers, Serhiy Bubka, Andriy Shevchenko, Yana Klochkova, and Lilia Podkopaeva. 13-year-old Oleksiy Sereda has won the title of the youngest European champion in diving. 17-year-old Yaroslava Maguchikh provided another record in her age category: she overcame the 2-meter bar in high jumps. And Muzychuk’s sisters – Anna and Maria – occupy the fourth and sixth places in the world chess rating.

Related: Military parade to be replaced by March of Ukraine’s defenders on Independence Day 2019

25. Our culture is a treasure

Ukrainians are also famous in the humanitarian fields. Just recall Maria Zankovetska, the queen of the Ukrainian scene. Or the famous “Shchedryk” by Mykola Leontovych, the author of the popular processing of the Christmas composition, known worldwide as Choral of Bells. Or paintings by artists Kateryna Bilokur and Maria Prymachenko. Pablo Picasso said about Kateryna Bilokur: “If this woman lived in France, we would make the whole world talk about her.”

26. Our contemporaries are the point of proud

Ukraine has amazingly talented contemporaries. So, thanks to the artworks of Ivan Marchuk, the British newspaper The Daily Telegraph in 2007 introduced his name to the list of one hundred geniuses of our time. In Europe, the masters of the Ukrainian word are also famous – Yuriy Andrukhovych, Serhiy Zhadan, Maria Matios, Andriy Kurkov, Irene Rozdobudko, and others.

Ukrainian embroidery – one of our most famous trends – can argue for superiority in beauty with any other ethnic clothes. And although its roots go back to the pre-Christian times, the Ukrainian embroidered shirt gained special popularity after the Orange Revolution of 2004. Famous French designer Jean-Paul Gaultier decided to create his “Ukrainian collection,” and in 2008, a furor caused a show by Dior Director John Galliano, based on Ukrainian ethnic motives. Subsequently, Frida Giannini, art director of one of the most famous world brands – Gucci, created a collection whose models were decorated with geometric ornaments characteristic of Podillia and Hutsulshchyna.

Ukraine has a very beautiful nature and extremely powerful opportunities for the development of tourism, because so many natural landscape zones as in Ukraine are found in almost no European country: two seas, Crimea, mountains of the Carpathians and Crimean mountains, forests, canyons, Europe’s only desert is Oleshkivsky Sands, Askania-Nova Steppe Reserve, Shatsk Lakes and the like.